Welcome to the International Sufi Movement

Sufism may be understood in many ways. In its ancient sense, Sufism means wisdom. It is a mystical teaching and does not belong to any one religion. It does not have a fixed doctrine or dogma. Any person, who has a deep experiential knowledge of life within and without, may be a Sufi. Different prophets, saints, and sages have brought the Sufi Message in different times and cultures. Sufism has been for all time.

The International Sufi Movement is a non-profit organization which has the aim of spreading the Message of Universal Sufism, as it has been expressed in the words and personal example of Hazrat Inayat khan. The organization, which was formed under Swiss law in the 1920s, has its headquarters in the Netherlands. It is inspired by the principle of Unity, the One Being, and the Message of Love, Harmony, and Beauty. There are affiliate organizations in a number of countries around the world which offer local classes and events. To find out more, please contact us through our website.

Hazrat Inayat Khan (1882-1927) was born in India and was a master musician, reviving classical Indian raga music in the early 1900s. He was also a Sufi mystic. He came to the West in 1910 and taught the Universal Sufi Message of Spiritual Liberty, and the path to personal realization of one’s divine nature. He felt that in our time we must learn to understand and tolerate differences in culture and religion, so that we can appreciate all people as manifestations of the One Being.

The effort of the Sufi Message is to give the opportunity to those serious seekers after truth that they may come in touch with the deeper side of life. No doubt truth is never taught, truth is discovered. It is not the wonder-working, it is not the life of phenomena that is the sign of the seeker. It is in the search for truth that God is found; it is in the finding of God that truth is realized. But where is God to be found? God is to be found in the heart of the human being.

Link to the Website of the International Sufi Movement

Reflections on the 2015 Federation Retreat

On Being at the Federation Retreat 2015 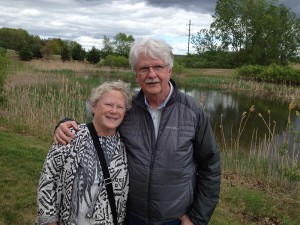 Beloved ones, Sufi brothers and sisters,

The Federation of the Sufi Message, 16th Annual Gathering was opened to teachers, guides and initiators from Sufi groups united in their devotion to Hazrat Inayat Khan and the Sufi Message. It was held from May 13 to 17 at the Abobe of the Message Retreat Centre in New Lebanon, owned and brilliantly managed by the Sufi Order International.

Perhaps you will have already received reportage of this event but I would like to add something of my experience and observations.

I have been to a couple of other Federation Retreats in the past but this one stands out as something very special. It might be summed up as seeing these heart-felt participants choosing to spend their time in shared agreements and overlooking dis-agreements that might surface. With this as the process, the atmosphere deepened each day. 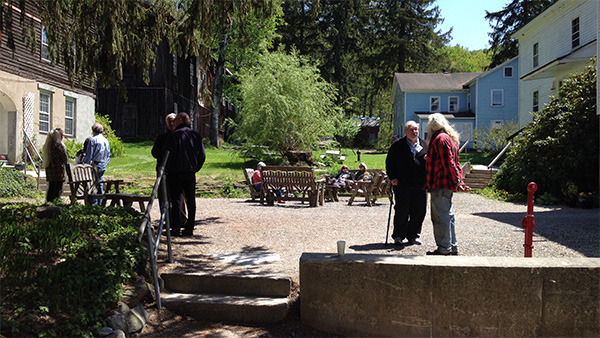 Those of us who were there certainly want to pat the backs of the organizing committee who created this focus through months of co-operative effort. Their process seems to have become our process with the result being respect and affection for these wonderful souls who have devoted, and continue to devote, so much to the unfoldment of the Message. How interesting to abandon the use of honourifics such as leader titles and positions in the various hierarchies. We are reduced to friendship or should I say, raised up?

Over the years after Murshid’s passing several organizations split off to form their own organizations. Each time it happened it was painful for all involved, so a coming together in this space of respect and healing is at once unexpected, remarkable and full of promise for the future. 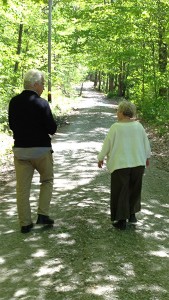 In conversations public and private, I heard this common understanding expressed; that maybe these splits were in fact an important part of the spreading of the Sufi Message “far and wide”. A tree metaphor was often used in this context where the branches multiply and the tree spreads. Of course this happens for a tree in a gentle harmony with Nature and a few “bugs” in the leaves are unavoidable and serve their own purpose.

For myself, two things were personally rewarding; the practice of the Singing Wazifa and the interaction in the “Heart Circles”.

I lead the singing of Ya Rasul Allah and Ya Nur, using for the first time, new recordings of voices singing the various parts. With a room full of experienced singers with a sympathic attunement, the beautiful sound of human voice and sacred chant filled the inner and outer spaces. Later, half dozen leaders asked for copies of the recordings to use in their own work with Sufi groups and individual mureeds.

The singing version of Ya Nur is now available to download at this link:

The Wazifa “Ya Nur” with singing

It should be noted that the instrumental version will remain available as well. 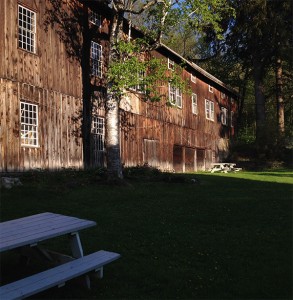 The Heart Circle I found myself in began with a very deep and centered exploration of the contribution of our mothers in shaping our own spiritual lives. The group was evenly divided between men and women and naturally began with the deeper spiritual observations and understandings rather than the traditional political ones. An important aspect of this exercise was that no one would be asked to report back to the larger group what went on in the circle. Yes, “what happens in the circle stays in the circle”.

We shall see what comes of this new impetus. Certainly it can only benefit the greater good of the spreading, far and wide, of the Sufi message of Inayat Khan.

With much love and deep appreciation, 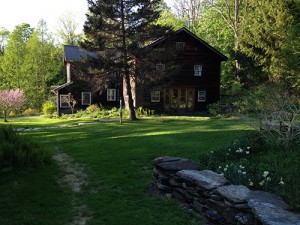 Jelaluddin, David and I have returned from several days at The Abode of the Message in NY state where we attended the Federation Retreat. For those who don’t know, this is an annual gathering of all the organizations who have been inspired by the work of Inayat Khan. The location moves each year. it was first imagined and brought about by Hidayat working tirelessly with a few other people as a way of getting to know our fellow organizations and overcome distance and sometimes disharmony of the past.

David has also written his report on this event and likely Jelaluddin will as well but I wanted to also say a few words. This is the second of these gatherings I have been at, the last in Holland two years ago. While I found the Holland retreat inspiring and thought provoking this event was revolutionary and demonstrates how far good intentions and hard work can travel in a short time.

For the first time all six of the organizations related to Inayat Khan were not only represented but were also a formal part of the Federation. This in itself is significant and we were able to get a good idea of the different flavour of each group. A committee comprised of representatives from all organizations worked very hard to design a programme which attempted, and in my mind succeeded, to present a new model for working together. I have worked quite a bit with circles in the past few years and have really grown to love this way of sharing and being together. To experience a whole week with the Sufis, organized in this manner, was so inspiring to me. For the time of the retreat, titles were dropped and the focus was on sharing practices, which was done with a minimum of fuss and to great effect. Small break out groups called heart circles allowed people to share what was arising for them personally without any purpose or judgements attached. 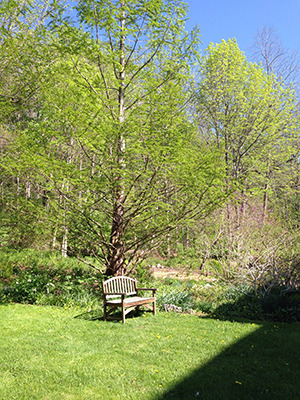 I think when people hear circle they assume a consensus model for decision making. Instead, it was a model for sharing experience. Several clever devices were used in order to encourage people to share their thoughts with the group. The most innovative involved a revolving chairs approach. Two moderators, three invited participants, and three empty chairs were set up. People from the audience revolved through as the empty chairs were filled, then all vacated when people had finished what they had to say.

On the last night Nawab and a cast of itinerant players with Jelaluddin on piano presented Nawab’s play, “This is not the Story of a King”. We had just done Ya Nur with new vocal tracks and the counterpoint was brilliant. it strung together several Sufi teaching stories and was very funny while making it’s point.

I’d like to share a poem I wrote while I was there to try and give a flavour of this most remarkable gathering.